There are several session designs on this page. You may wonder how to choose.

To a large extent, it’s a matter of personal experimentation, but there is information to help you choose.

The main choice is about the kinds of effects. Do you want effects that emphasize emotion? Choose sessions that end with the amygdala signal. Many of them are designed to activate the amygdala on the left, which is specialized for positive emotions in most people. A positive sense of a presence, or a vision of a non-physical being is a possible, but less common, response to amygdala stimulation with Shiva’s God Helmet configuration.

Do you want effects that emphasize ways of thinking, including “silent” thoughts, like inner images? Choose sessions that end with the hippocampus signal. These are all designed (in one way or another) to activate the hippocampus on the right, which is specialized for non-verbal ways of thinking in most people. A calm or silent mind is one possible response to right hippocampal stimulation. Another might be a sense of understanding things that cannot be described in words.

Most of these sessions begin with a signal derived from the brain’s 40 Hz component, called the ‘binding factor’ for consciousness, followed by a signal derived from one of two limbic structures, the amygdala or the hippocampus. All of them are two-phase sessions designed to activate one area, and then another so that the focus of neural response moves from one area to another, activating the second area more strongly than it could be activated in our normal lives. These sessions all ‘rotate’ the signals from one magnetic coil to another. The direction of this rotation was established the ‘God Helmet’ experiments.

Over the left side, the direction is clockwise, and over the right, it’s counter clockwise.

The first group of six sessions on this page follow one design, and the second group of two follow another. As with all God Helmet sessions, doing your session in darkness and silence will help bring out the effects seen in the God Helmet experiments.

NOTE: These are newer sessions, based on the same principles used in the laboratory, but using different signals, each of which has been used (in other contexts) by users of the Shakti family of neural technologies.

Below, there are two sessions with designs different from the ones above. These begin the sessions with the “chirp” signal over one side, followed by either the hippocampal or the amygdala signal over both sides.

The “chirp” signal is applied to the left side In the first phase of this session. Because the amygdala is more sensitive than other structures, it’s the one most likely to respond to the “chirp” signal because it’s applied on the left, this can be very pleasant, even blissful, for some people.

The stimulation partially mimics the brain’s response to positive events, but it does so through neural stimulation. In fact, there hasn’t been any positive event. It fools the brain into responding as though there has been one, and the brain is only fooled in this way once. Irritation is also possible, but less likely, during the first phase of this session.

This is only relevant in the first phase of the session, where the “chirp” signal is applied.

As with all other God Helmet type sessions done with Shiva, the main effects happen in the second phase.  In this case, when the signal is applied over both sides, It targets the hippocampus on the right. The result is expected to be a “theta” state, something like meditation, twilight sleep, trance, hypnosis and when used with any of these, (doing them about 90 minutes after the end of the session), may enhance them.

Those prone to irritability should not use this one, or use it with caution and a readiness to move to the second phase.

Modulated 40 hertz ‘chirp’ signal over left side followed by Hippocampus over both sides.

The first of these is the one that applies the ‘chirp’ signal to the right side, followed by the amygdala signal to both sides.  This is the one used in the famous God Helmet Experiments.

Like all the other God Helmet sessions, this one has two phases. The first phase of this session is expected to be unpleasant for some people.

This is important to understand. It’s included because it uses the same session design used in the Koren Helmet studies that yielded visions of God (though only for a small percent of the subjects).

When we stimulate the temporal lobes on just the right side, we are also stimulating the amygdala on the right, a structure that’s specialized for fear.

This only happens in the first half of the session, which sets the stage for the second half. This can be unpleasant enough that you may want to stop it.

If you feel this way (and, if it happens, don’t make it into an endurance contest), you can press a flashing green button that appears on the screen during the first half of the session, and you will automatically be taken to the second half of the session.

The second half of the session reduces activity in the “unpleasant” structure, and raises it in the one on the opposite side of the brain. After stimulating the right hemisphere in the first phase, the second phase stimulates the amygdala on both sides, so that the amygdala on the left suddenly bursts into activity.

It’s at this point that dramatic effects first begin to appear, and for any uncomfortable effects from the first phase of the session stop.

If you find that the session becomes too much for you, you should move on to the second phase. To do this, you close the player, but not the black “system window”.

If you’re concerned or are prone to anxiety, you may want to have a friend help you run your session, so you can have them move to the second phase while you stay in silence and darkness.

Because this session is expected to be unpleasant in their first phase, you should begin with other sessions.

There are two session lengths. 60 minutes and 40 minutes. Begin with the shorter session.

It may not be safe for all users. Those prone to anxiety should use it with caution and a readiness to move to the second phase.

Modulated 40 hertz ‘chirp’ signal over right side followed by amygdala over both sides. 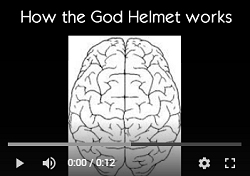 MORE SESSIONS (Click on each one to learn more about it):

Modulated 40 hertz ‘chirp’ signal over both sides followed by amygdala over the left.

Modulated 40 hertz ‘chirp’ signal over both sides followed by Hippocampus over the right.

Hippocampus over both sides followed by Amygdala over the left.

Amygdala over both sides followed by Hippocampus over the right side.

Modulated 40Hz over both sides followed by Amygdala over the left side.

Modulated 40Hz over both sides followed by Hippocampus over the right side.