A FIRST LOOK AT THE GOD HELMET

The God Helmet is the popular name given to a laboratory apparatus first called the “Koren Helmet”, after Stanley Koren of Laurentian University’s Neuroscience Department, who built it according to specifications provided by Dr. M.A. Persinger, the program’s director.  It’s best known for its ability to elicit religious and mystic experiences.  Its reputation and name come from the fact that a few of the subjects who wore it had visions of God, while many more had other spiritual experiences.

The God Helmet applies complex (having an irregular shape) magnetic signals to the head of the person who is wearing it.  These signals come from deep in the brain, in places that support spiritual experiences. 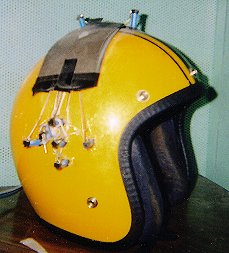 The God Helmet is connected to a PC computer through a ‘black box’ which cycles the signals through four coils on each side of the head over the temporal lobes of the brain. The temporal lobes are the area of the brain many researchers see as the source of religious and spiritual experiences.

Used as a research tool to investigate the bran’s role in religious and mystic experiences, the Koren Helmet was eventually given the name God Helmet. A few Journalists gave it this name when they learned that some people had visions of God while participating in God Helmet experiments. The name has stuck.

Its also been used by other researchers, one of whom has successfully successfully replicated some of Persinger’s effects, in spite of rumors saying the opposite.  Persinger’s experiments use placebo controls and blind conditions, also despite rumors to the contrary.

I asked Dr. Persinger how many people had seen God using the God Helmet, and this is how he answered:

“The problem is producing an environment in which people will report what they experience without anticipating ridicule on the one hand and not encouraging this type of report (demand characteristics) on the other.

Thus far, about 20 or so people (out of approximately 2000) have reported feeling the presence of Christ or even seeing him in the chamber (The acoustic chamber where the experimental sessions took place). Most of these people used Christ and God interchangeably. Most of these individuals were older (30 years or more) and religious (Roman Catholic). One male, age about 35 years old (alleged atheist but early childhood RC (Roman Catholic) training), saw a clear apparition (shoulders and head) of Christ staring him in the face. He was quite “shaken” by the experience. I did not complete a follow-up re: his change in behavior. Of course these are all reports. What we did find with one world-class psychic who experiences Christ as a component of his abilities was we could experimentally increase or decrease his numbers of his reported experiences by applying the LTP pattern (derived from the hippocampus) over the right hemisphere (without his awareness). The field on-response delay was about 10 to 20 sec. The optimal pattern, at least for this person, looked very ‘right hippocampal’. By far most presences are attributed to dead relatives, the Great Forces, a spirit, or something equivalent.

The attribution along a devil to angel continuum appears strongly related to the affect (pleasant-terror) associated with the experience. I suspect most people would call the “vague, all-around-me” sensations “God” but they are reluctant to employ the label in a laboratory. The implicit is obvious. If the equipment and the experiment produced the presence that was God, then the extrapersonal, unreachable and independent characteristics of the god definition might be challenged.”

That’s one of the important things about the God Helmet. Even if only a few people saw God because of it, it creates a host of new questions – questions theology has never had to face before.

The experiences of those who have come face-to-face with God might just be an example of a very rare brain activity. If they actually met the true God, then why did they do so in this experimental setting, but not at other times? Can one control God by controlling someone’s brain?

The implications for theology are obvious. Perhaps God exists, but has been waiting until humanity developed enough to find him in the brain before he would appear under any circumstances humans could control. Maybe God exists only in our brains. Perhaps he exists, and chose to bless 1% of Dr. Persinger’s research subjects with visions of him because these people were especially beloved to him.

Perhaps he exists, but he appears to those with the right neural history in moments when the right pattern of brain activity is present, and not according to what he sees in their hearts. 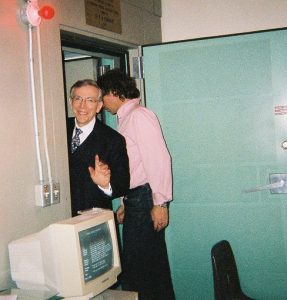 There is also a computer program called complex, authored by Stanley Koren, which allows the computer to create the signals. These signals are derived from EEG traces that appear in certain parts of the brain. Just as the brain responds to chemicals with specific shapes, it also responds to magnetic signals with certain shapes. Because these signals are complex, irregular things, it takes a special computer program to produce them.

A third component is the acoustic – completely silent – chamber where the sessions take place.

The last component is the ‘black box’ which converts output from the computer into input for the God Helmet.

This box (not shown) is a specialized DAC (digital-to-analog converter). It’s the core of the technology. The rest of the components of the God helmet are quite common. 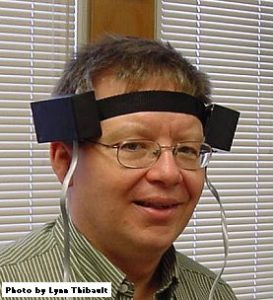 The name God Helmet has given some people the impression that it can produce the experience of God on demand. In fact, only one percent of the subjects had that experience. It also passes over the crucial role of sensory deprivation – above all, the silent environment provided for the subjects. Unlike the one percent who saw God, 80% of the subjects felt a presence of some kind, but didn’t called by a different name. Of course, there were probably some subjects who experienced an appearance of God, but were shy about saying they had seen God in a laboratory. That kind of thing is not only intensely personal, but can also get you ridiculed. If you saw God, would you tell your story just as it happened if you thought you weren’t going to be taken seriously? Many people assume that, just because someone wears a lab coat, they won’t believe such a vision can happen, or that it’s a sign of a mental illness. Nothing could be further from the truth in this laboratory, but how would these subjects know that? They had been told they would be participating in an experiment to study relaxation response, and the experimenters were careful to avoid encouraging  such glamorous reports. 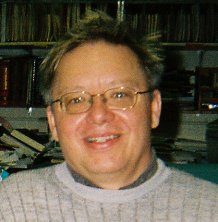 The God Helmet has also produced out-of-body experiences, visions of other realities, and a range of paranormal experiences. It could have been named after any of them, but journalists prefer more sensational names, and you can’t get more sensational than God.

The God Helmet has more coils than are actually used in experiments. The two on the top are no longer used, and the one in the center – between the four over each temporal lobe – is also no longer used. They are still on the helmet, but they no longer output anything. 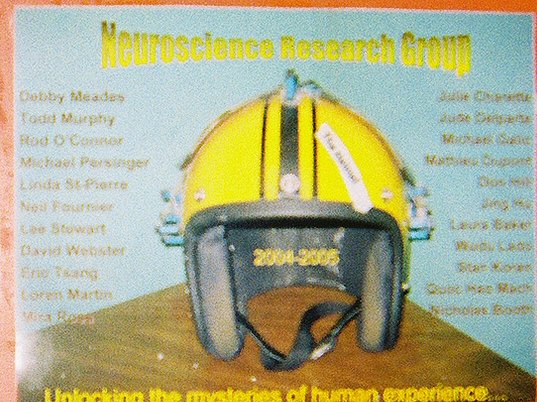