Order Shakti in the USA

The headsets are guaranteed against defects in performance, and may be returned for a replacement. 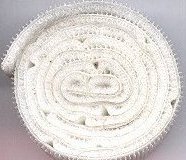 All Units Come with strips of Velcro – one long enough to go around even the biggest heads, and two more for placing the coils over hard-to-reach areas.
Units are handmade.

The two-coil unit is the suggested model for basic use. It’s limited to mono signals.

The four-coil unit is suggested for eliciting altered states and gradually making changes in your consciousness through repeated sessions.

Here, the Four-Coil Shakti is being used to apply a different signal over each of the two temporal and frontal lobes. It makes use of the left and right stereo channels to apply different signals to each hemisphere of the brain.

The Eight Coil Shakti is your best bet if you want to have altered-state experiences during sessions. This is closest to the famous GOD HELMET developed by Persinger & Koren – ‘as seen on TV documentaries’ about near-death experiences.

Here the Eight Coil Headset is being used to apply alternating signals to two planes over both temporal lobes. More info.

The Shakti Helmet has been discontinued in favor of the 8 Coil Shakti, which is more versatile because of its movable coils and larger number of signals.